It’s Social Media But You’re Stuck At A Desk 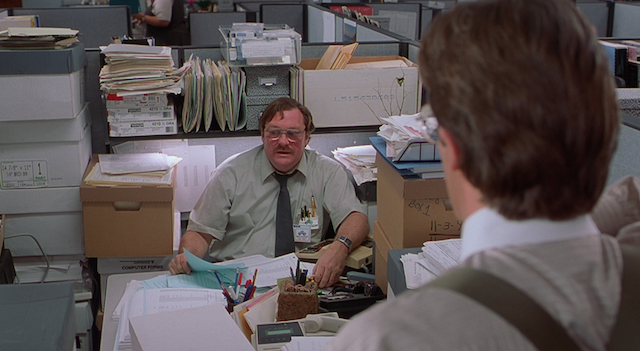 Probably over the last year or so, I’ve cut down on what I look at on the internet. I’ve unliked brands on Facebook and unfollowed them on Twitter. Part of the reason is that I’ve become increasingly interested in photography and have only been following photographers and getting out myself to take photos. Also, with a minimalist approach to life, I hate clutter. The internet just seems to be clutter though, with brands putting out messages that are boring and don’t stir up a single emotion in me, unless we can count boredom as one.

I follow a lot of people in social media on Twitter, and often I’ll see complaints about being so busy, having so many accounts to manage, working early, working late…and this is a problem. The fact is, to create and to be creative, you need to just live your life. The most creative people come up with ideas in their own time, while out living their lives. It is why people such as Casey Neistat have boundless creativity and endless energy, because they’re out living life and in that they find inspiration, creativity and energy because they are free.

The biggest thing is that they are continually experiencing new things, seeing new parts of the world and opening their minds to anything and everything. They’re not stuck at work in the same office, with the same people, for the same amount of time everyday. They don’t need to hit the office bar to unwind every day. Creativity doesn’t live from 9-5, it lives at anytime and also not at all times. You can’t package it into 8 hours a day, 5 days a week. There is a great chat here between Chase and Macklemore about the best medicine just being living. Watch this from 53:50 to 56:50 (When you have time, watch the entire show)

There’s a lot of truth in that.

One of my favorite ongoing video series is Salomon Running TV, a show that sees the film crew travelling across the globe to film running. The stories are real and powerful, and instead of saying ‘Hey here’s our shoe’, they are selling a lifestyle. Salomon shoes can facilitate this lifestyle, and there’s the buy in. It’s just an amazing series and this is one of my best episodes:

I just think that in stillness and freedom, that’s where our minds are free to roam. When you’re in an office, surrounded by people, you block them out by playing music. You’re listening to music and staring at a screen, in the same room every day. You’re being bombarded with e-mails and people wanting you to do things. You get home frustrated from traffic, you’re tired. You cook food, catch up with friends or your partner and then you go to bed. There isn’t just time to get lost in the world and experience something new. There is something scary in that, in that these days the people who possess natural creativity are boxed into an office and forced to produce a certain amount of work. When you’re free to live your life, you come up with things like this:

I hope that in the future, brands move away from overpriced agencies and move onto freelance individuals with wild ideas and enough free time to create. To me, the 9-5 way of life is killing the true wild and free creatives.

Watch these next two videos and you’ll realise that living life and experiencing beauty, that is where creativity and passion lie.

Made in the Land of Wheat and Maize | Justin Vernon from Red Wing Heritage on Vimeo.

Now stop watching this and get outside.