Why I Don’t Answer Your Calls 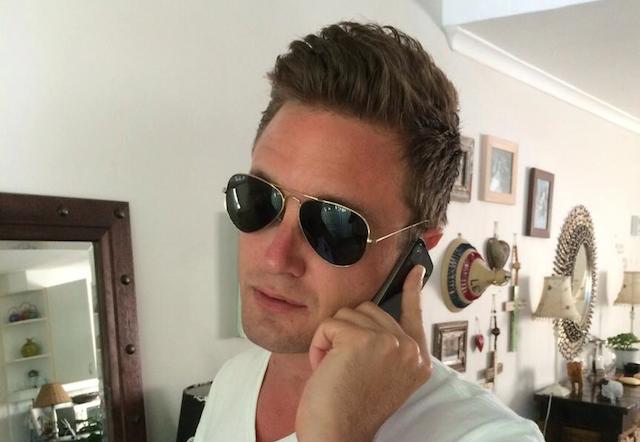 I’m a really simple person in that I don’t find the need to talk a lot. I feel like people talk most of the time to fill in the empty spaces in life. I have absolutely no desire to fill those empty spaces, and am happy to let them sit there and be empty.

Two weeks ago myself and a friend planned to hike up Lions Head at 5:15am, and I arrived a little earlier. I waited until 5:30, messaged him and got no answer. I then made a call to him (Rare for me) because it was odd that he hadn’t arrived as we had planned. It turns out he had to take his flatmate to hospital and left his phone at home. I walked up anyway by myself, and later on when I told everyone that I went up alone it was as though I was a person on crazy pills. ‘You went alone?’ They weren’t questioning the safety aspects, they were questioning the fact that I could actually go up a mountain in silence with no one by my side. When last I checked all you needed to get up there was arms and legs, and not someone talking to you. It’s as if to accomplish anything, or to be happy, or to be normal, or to not be an outcast, or to not be depressed, you have to either be surrounded by noise or you need to be making noise.

I can and have spent days by myself without seeing another person, and I’m chilled about it. The best things in life can’t be put into words, which is why these days I take more photos and write less words. Anyway, I’m a bit off track here, but that is a bit of background into my thoughts on silence and noise.

A phone call comes at anytime, even if you don’t want it. It’s like rocking up to my house and demanding I open the door so you can speak to me. What if I’m busy? What if I don’t want to speak to you? What if I’m not home? Too often these days, a missed call is followed by a ‘Why aren’t you answering your phone?’ or a ‘Answer your phone!’

Fuck you, it’s my phone and I’ll do with it as I please.

Generally the purpose of a phone call is to find something out, and if it were used for that I’d probably be more partial to answering calls.

But this is what I get:

“Hey how you doing?”

Now this is the first mistake. You don’t care about how I’m doing, you want to know something from me or need something. I will not be offended in the slightest if when I answer you just say

Imagine you’re sitting at a table of people and before asking them something you want to know, you fire off a million random questions “Oh so how is everyone? How’s your mom doing? Has your nephew still got that bike you bought him 2 years ago? Yussus man but how’s this weather?”

Get to the point! Having said that, why do you insist on a phone call? Just message me. If I reply, I reply. If I don’t, and you can see I’ve read the message, I am either busy or I don’t like you. If I reply at a later stage, then you get your reply. If I don’t reply at a later stage, I probably hate you and therefore you don’t need to message me again.

While I’m going on about this, people who do wine reviews, are you sure you’re OK? Studies have shown that people give less than 1/10th of a fuck about your tasting notes. With wine, the best way to appreciate it is to drink it and not talk about it. Imagine sitting around a table and drinking wine with friends, and then only talking about the wine? No one cares. They either like it or they don’t. After the third glass they’re so loose anyway that you could be giving them a R20 bottle and they’d believe it won a gold award in some competition that no one even cares about. The point is, words are used too often to ruin perfectly good things.

Give me a bottle of wine to drink, but don’t make me describe it. Call me, but ask me straight out what you want.

Don’t ask me how I am and litter my head with 20 questions. Get to the point man.

There are enough voices in my head without yours interrupting them.

One Comment on “Why I Don’t Answer Your Calls”