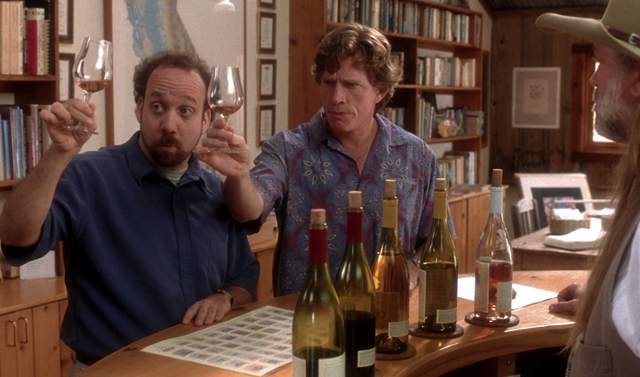 Every day I spend on this earth amazes me more than the previous day, which at the age of 27 is soon going to result in my head exploding. When I look over long periods of time, I am astonished how things change.

In my folks days, they braai’d chicken and sausage and served it with potatoes and a basic salad. Now, some people will have a small fit if you don’t put those stupid decorative edible flowers on their salad. What are they anyway? They are the scatter cushions of the food world! And my parents shared conversation, instead of posting photos to Facebook saying ‘Living the dream!’ in order to make other people jealous of what a great time they were having.

Human evolution is quite clearly advancing at a hugely rapid rate because everyones taste buds have been refined over the last 2 years. We can no longer eat something and say ‘I dig that, that’s awesome I’ll have some more’

We now have to keep up with the other hipster kids and do food and wine pairings!

I was at a wine estate over the holidays and we cruised in to do a wine tasting, which was free. With 7 of us sitting down we felt really bad to take up a massive table just to taste wine for free. So we decided that it’s too embarrassing to just leave the table, and too embarrassing just to drink free wine and therefore we’d do the food and wine pairing.

And what a bizarre experience it was! For me in general, you know what goes well with food? More food. And a few beers. And then when the beers stop having the desired effect, I’ll switch to whisky. When the whisky starts working too well, I’ll switch to wine to level myself out. And you know what I’ll eat in between? Anything! Literally anything. Sweets, chocolates, chicken, sausage…and sometimes I’ll combine all of these in my mouth at the same time because I live on the knife edge of life like this.

So we’re sitting there and while we waited to do the wine tasting, we ordered a glass of wine each which I smashed down in record time to calm my nerves before the wine and food pairing. Nothing shakes my nerves more than someone telling me that a wine is bursting with plum and green pepper flavours, and then telling me to eat this spring roll because it cuts right through the flavours and delivers a blow of freshness that will have you dancing around twirling batons because you are so delighted with life.

I’m sure the professionals can maybe taste the nuances in wine and figure out which food goes well with them, but for the average person, I think we’re just using a bit of a sheep mentality vibe here and also acting a fair bit pretentious and snobby.

Go to a wine farm and watch the average person doing a wine tasting. They swirl their glass and look into it as though it is some sort of lantern that a genie is going to appear out of, then they smell it and generally it smells like wine, then they sip it and look up at the person giving the tasting as if to agree with what they are saying.

You could literally tell people anything! I mean, they have paid you over R100 for the tasting and trust anything you say.

‘Yes and as you’ll experience, there are hints of T-Rex as well as quite a magma finish as it washes over the palate’

And basically, you look up and there are a bunch of sheep sitting there nodding their heads, giving their most intelligent faces and saying ‘Yes, yes! I can definitely taste the T-Rex and magma, brilliant, absolutely brilliant’

I don’t need a spring roll to cleanse my palate! You know what cleanses my palate when switching wines? One sip of the new wine. Besides after enough wines they could serve most people Tassies and they would be totally OK with it. Just tell them it’s some 1997 vintage, tell them that there are hints of lion and marula fruit and they’ll be eating out of your hands and buying copious amounts of your wine in record time.

I’m like you, I like a drink. More often than not I like a drink followed by another 10 drinks. When this has burnt a hole in my stomach, I’d like some curry. I’d like to sit with my friends and talk rubbish, because I don’t want to have to spend time with my friends debating what flavours there are in wine.

If you really want to excite me at a wine tasting, drop a few bottles off at the table, I’ll read the labels (Maybe…probably not), put a huge dish of curry on the table, hire some lions and make them jump through burning hoops and I’ll be as happy as I could ever be.

Just don’t tell me that the cabbage in the spring roll cuts deep through the carrot flavours in the wine, revealing hints of ripe strawberries and bananas. If I wanted to taste those, I’d just buy them.

But what I really want to do is drink wine, any wine. Red, white, it doesn’t matter. I just want wine in the sun with my friends, I don’t want to feel as though I’m in school.

2 Comments on “What’s The Deal With Food & Wine Pairings?”