Above & Beyond For The Weekend Past

I think before we start off we need to mention a few people. They’re the most awesome crew to have around you, they basically all one team even though they’re from individual websites/magazines etc, but they all rock my world and you’ll be seeing all of us around, everywhere.

Cape Town Alive, Halo Live, MyCityByNight, CosmoCathy, Don’t Party and SmirnoffSA and whoever else you sick people were! Stacky got some rad photos from the night, available HERE. I would have taken some photos had I actually taken a second to not be such a wank, and actually put a battery into my camera instead of leaving it at home…in the cupboard. I promise I won’t make the same mistake this weekend! With parties like this you can never write about them, you just need to be there. Photos and videos are the best you’ll come to seeing what it was like. Scotty (Halo Live) had the Halocam rolling for a good part of the night and some of the footage is available below:

Then also a huge thanks to Stacy, Carrie and Dumezulu for basically allowing us to live this Smirnoff lifestyle and keeping us updated constantly. Sorry if I don’t always answer your guys calls, I just have a huge phobia of phones!

The Smirnoff events are being put on on a scale last enjoyed by the likes of the Peter Stuyvesant and Camel parties, and this gets me amped! They are essentially super parties, and afterwards they make nightclubs seem ridiculously average and boring…except when the two chicks in Tiger start kissing again…well that’s decent.

There isn’t even much time to write as we prepare for a party of epic proportions with the Smirnoff Nightlife Exchange on Saturday. I’ll no doubt be at the press conference on Friday afternoon, then it’s off to Synergy on Saturday for me, take photos, party, get back to Cape Town for the Nightlife Exchange and then see if I can make it back to Synergy on a Sunday. Who said blogging was dead?! Liar liar…

I managed to get some photos on my Blackberry, they give you a general idea of how mental it was, and just how massive the crowd was! 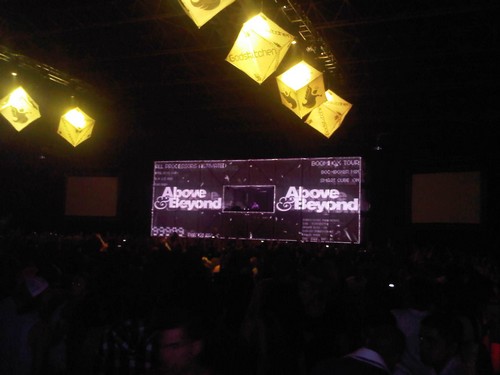 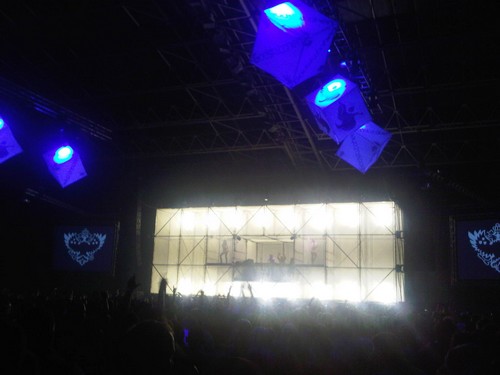 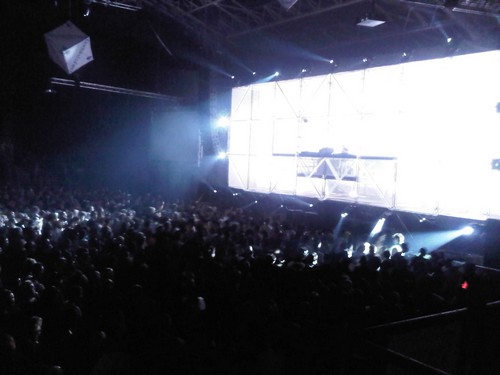 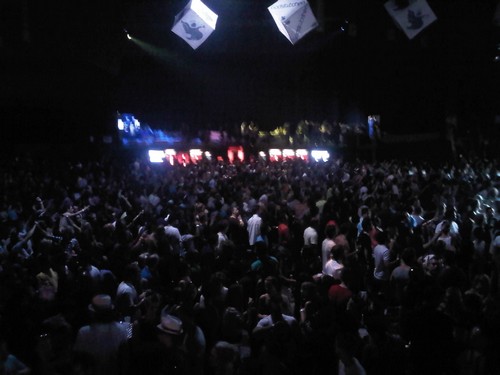 Not a small crowd…

Here’s myself and the Above & Beyond guys, shot to Stacky for the photo! I’ll pack that battery this weekend 😉 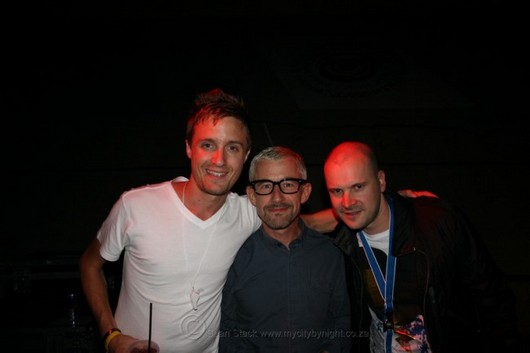 See all of you in and around Cape Town this weekend, YES PLEASE!

3 Comments on “Above & Beyond For The Weekend Past”